As followers of Christ and as artists, Aaron and Tina Ehrlich believe their gifts give them a unique opportunity to reveal a creative God to the creatives they encounter.

“I think it’s interesting how art is really an expression of the human experience, and God experienced humanity to the full capacity in Jesus,” Aaron said on having a theology that includes creativity. “People are made in God’s image, and the things that people can do, from engineering to writing music to art, I think reflects how genius God is and how God cares about details and beauty, and that God is clever. I think God is very creative, and art exists because God is creative.”

When Aaron is not working his day job at Meredith Corporation, he plays a variety of instruments professionally, including for the local staple The Maytags. Tina dedicates her days as the director of operations for Liz Lidgett Design & Gallery, an art styling and design consulting firm, as well as teaching painting at Pinot’s Palette. 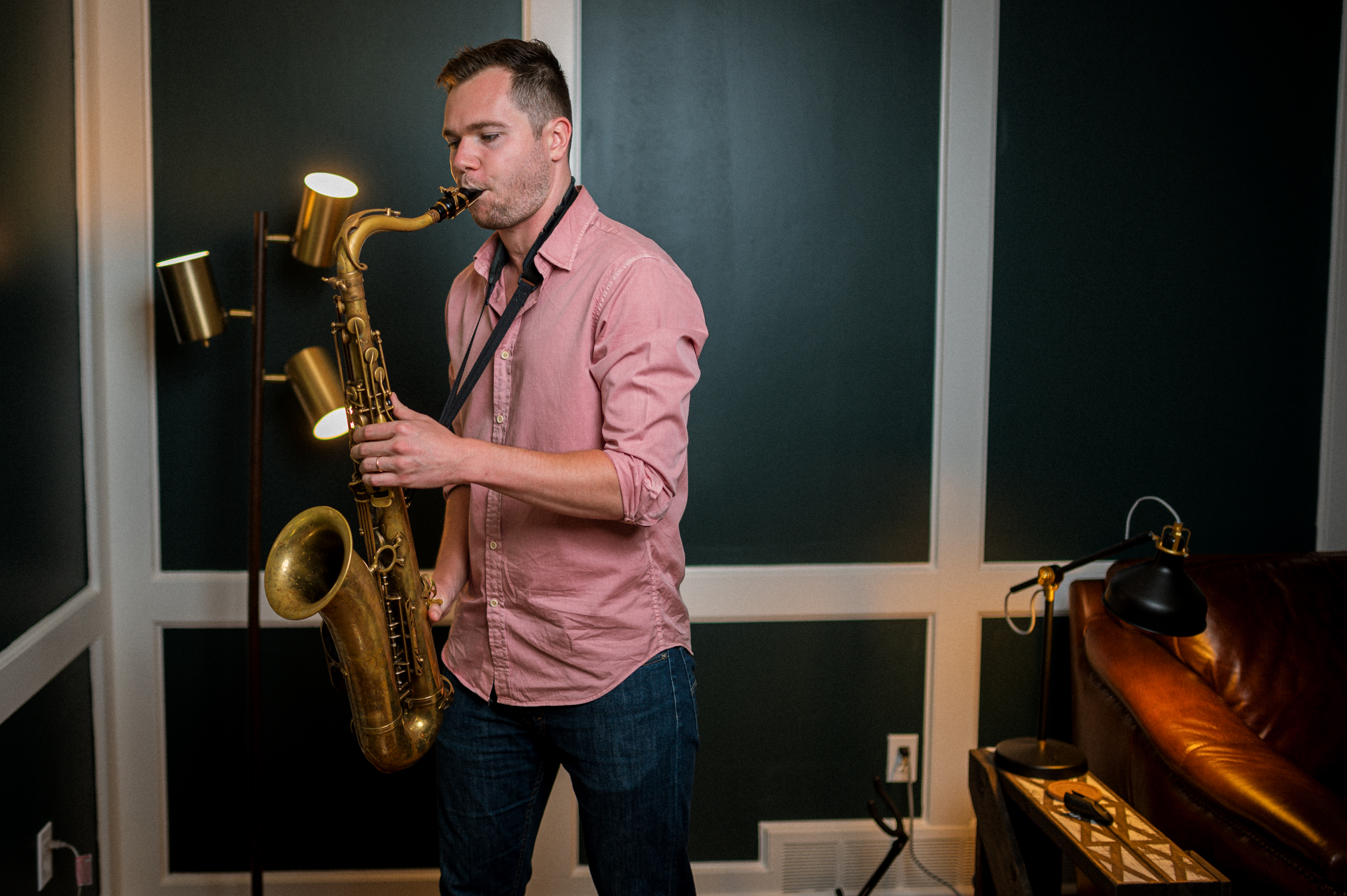 As a professional musician and painter, respectively, Aaron and Tina believe their relationship with God can inform and even sanctify their creative endeavors.

“You don’t separate your creativity from your relationship with God, it certainly feeds into it,” Tina said. “I really have enjoyed being in the art community because you definitely are a light in a place where there isn’t a lot, because it is easy for Christians to think they have to be separated.”

Tina has taken part in multiple creative outlets, including art and fashion shows like Des Moines Fashion Week, some of which have led to unique friendships and even starting a book club with people she otherwise would not have met. 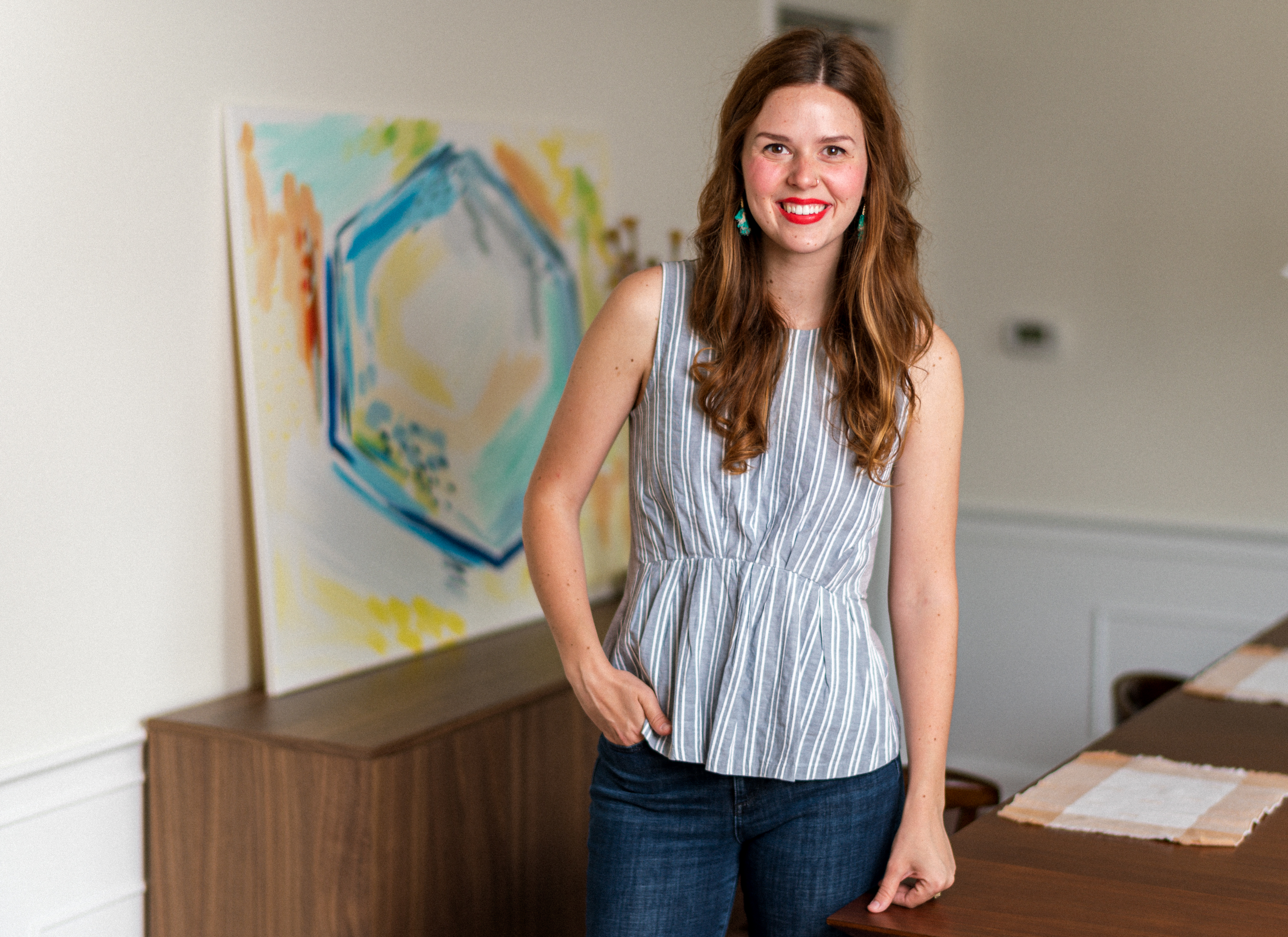 “I feel like a lot of the artists that I’m around, they feel very deeply,” Tina said of the conversations she has with other artists. “They are deep thinkers, and I think because of that, I have been able to have good conversations and to talk about meaningful things, and to talk about who God is. For the most part, they are very good at listening and curious to know about people.”

Aaron agrees that the multiple venues they each find themselves in has created a variety of occasions to not only relate to other artists but to express care for them. “Art is fun, something that you like, and it can be very meaningful and personal. It’s something that can be a bridge to friendships with people who you otherwise don’t have very much in common with, and you find out that you have a lot more in common than you think,” Tina said.

Art is fun, something that you like, and it can be very meaningful and personal. It’s something that can be a bridge to friendships with people who you otherwise don’t have very much in common with, and you find out that you have a lot more in common than you think.

As members of a Community Group at Walnut Creek Downtown, Aaron and Tina say their priorities of putting people over their professions has made them stand out in the creative world.

“When you talk to other artists, sometimes they’re surprised when you’re not spending all your time on weekends doing art or thinking of new designs,” Tina said of putting her identity in Christ first over her identity as an artist. “I’ve never had a desire to do that, and I think it’s because I’d rather spend my time investing in people, and the church, and in my relationship with God.”

Aaron and Tina both agree the Des Moines creative community is worth investing in, not just as artists, but as image-bearers created by God.

“It’s a wonderful chance to connect and meet people who you otherwise wouldn’t meet,” Aaron said of the local music venues around Des Moines. Aaron says most venues have music almost every night, are generally cheap to get into, and showing support just by showing up creates such a meaningful impact on musicians.

“Des Moines’ art community is awesome,” Tina said. “It’s small enough where you can do all of it but big enough that there’s enough opportunities.”

“And there’s more opportunity than you think,” Aaron agrees. “I think we’re really lucky in Des Moines. From my experience in the musician community, everybody really enjoys being together. Everybody pretty much speaks very well of each other behind their back, which is huge. In bigger cities, it can be more competitive, and there’s a lot at stake.”

Aaron and Tina find themselves involved in so many facets of the Des Moines creative community, it can be hard to balance their time between their careers, side jobs, personal, and professional relationships. But, as the Great Commission informs their decision-making, they challenge one another to be involved in the lives of others. Tina says knowing they will prioritize Community Group first, they decide together where their time could be most valuably spent, and that communication is key.

“Thankfully, we had a similar mindset before marriage, even with our different trades,” Tina said of their marriage. “Being Christians and both having Christ, we’re unified in that. We know that we love these things, but it’s not our true love.” 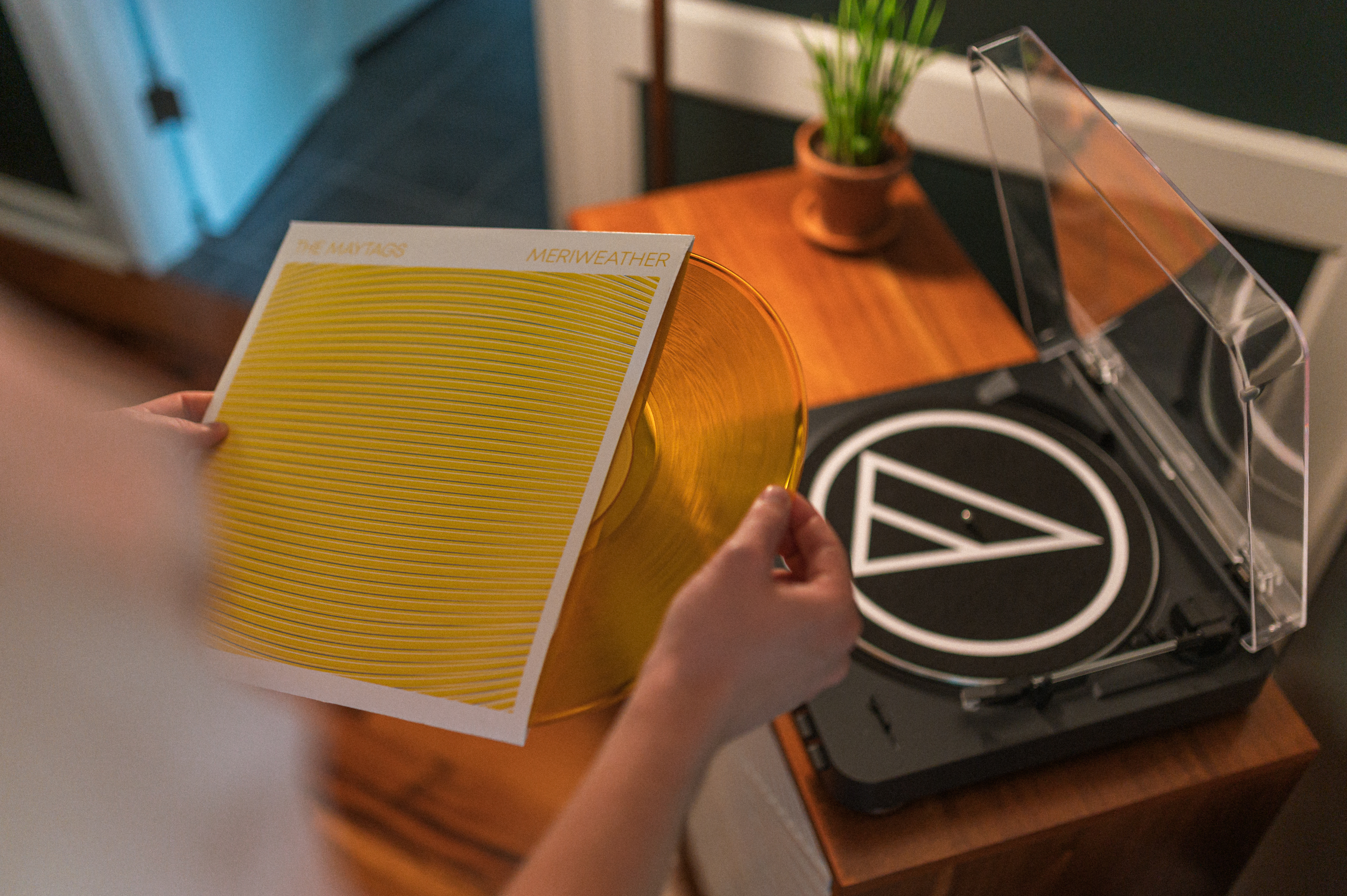 “I really think that ministry is relationships, and I remember reading in The Meaning of Marriage by Tim Keller friendship described as two people that stand side by side and look at the same thing,” Aaron said of their approach to managing their time and relationships. “You have way more time in the day than you think you do. You just make things happen or you don’t. Jesus even says, ‘Let tomorrow worry about itself.’ Just take one day at a time, and you learn to develop that focus.”

Tina agrees that people in the art world are impacted positively by Christians who take the time to get to know them as well as their art and are willing to step beyond the church walls.

“That’s just really meaningful to them. I feel like immediately there is a barrier broken in their mind when I’m involved in the art world, but then knowing that I claim to follow Christ and I go to Walnut Creek Church,” Tina said. “I don’t think it’s true, but there is this stigma that Christians stick to just their church and mission work and involvement just in the church. We want to go to people.