Zet Gold is a natural-born storyteller, portraying her imagination via painting, sculptures, installations, and, also by way of coffee and old-fashioned conversation. A Nevada transplant, Zet originally moved to Audubon, Iowa for an internship with Moglea, a design and letterpress studio. Now she’s a full-time artist living in Des Moines.

Q: If you were writing a story about yourself, what would you start with?

Zet: I grew up in a Filipino home. If you know how Filipino culture is, anything creative is not really encouraged. Not because we're not into it, but for people in the Philippines, a third world country, it's more advisable to do something stable. Nursing, engineering, or accounting, those are your three choices. In high school I started to get into my own things, and I thought I was going to do music. Then my dad said, 'Why don't we do graphic design?’ I was terrible at first. Then one of my cousins who was into art, he showed me this book of graffiti. Usually people have their rebellious phase in high school, I was in college, and I started tagging. I’d tell my brother, 'Hey, let's go to the trains, and we will tell Mom we're going to Walmart.' For me it wasn't like, 'Oh, let's vandalize to be terrible people.' It was like, 'Let's put artwork up because then people are going to see it.' We weren't tagging profanity or anything like that. Actually, I was tagging pizzas.

Q: What kind of pizzas?

Zet: They were cool looking pizzas. I had to develop a style and everything, but for me, I was like, 'Ok, it'd be cool because most of the vandalism you see is vandalism. But if it's pizzas, I think people are going to have a different take on it.'

Q: But you weren’t done with art?

Zet: Some professors started coming to me, and they're like, 'You know Zet, I really think you should be doing this art thing.' That's where I started: vandalism at the university. And pizzas. 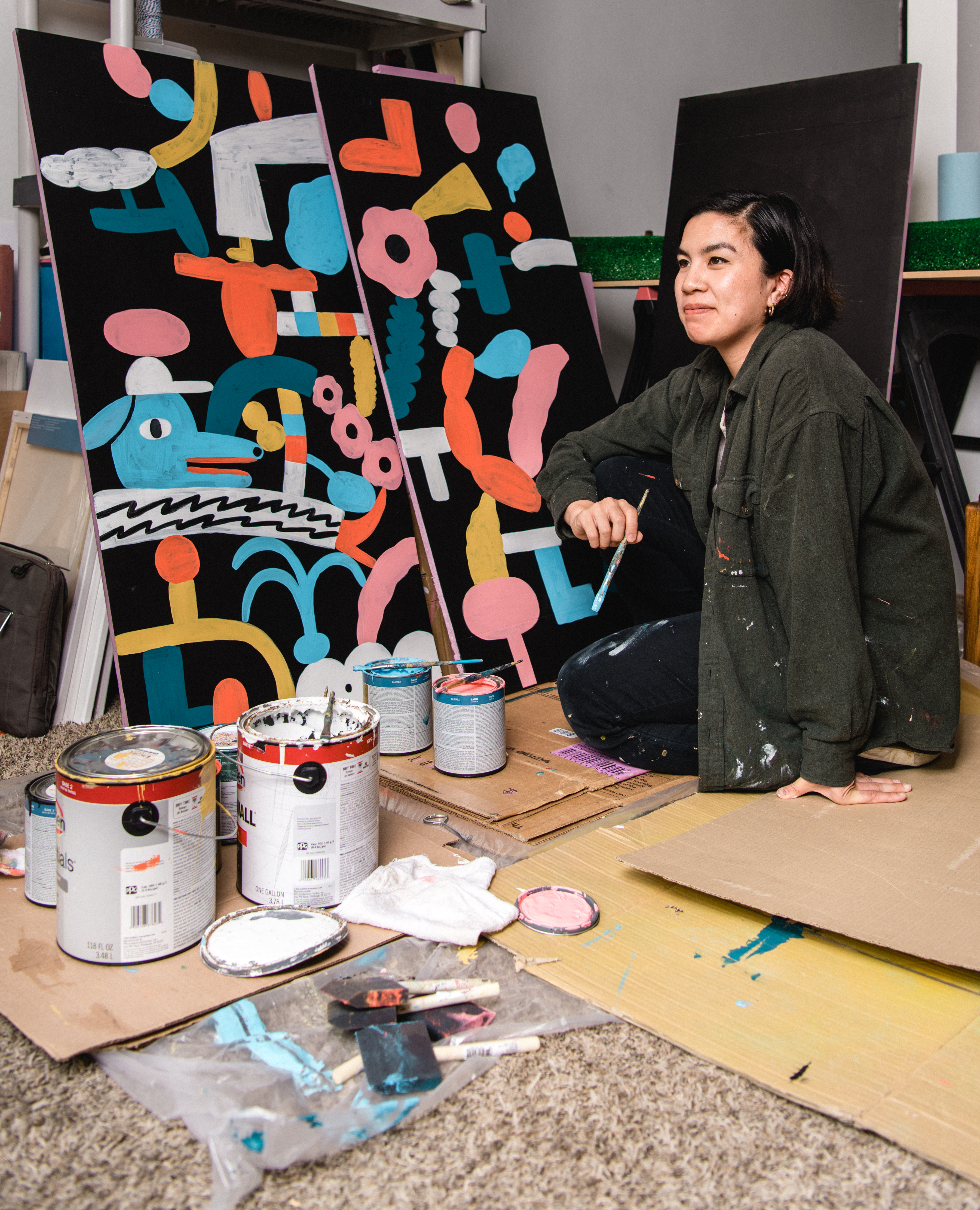 Q: So after graduating from UNLV you made the move to work for Moglea, an Iowa-based stationery company in Audubon?

Zet: I was working freelance for them from Vegas. They asked me to come for an internship. I didn't know what I was getting into. I was like, 'Audubon? Iowa? Let's look it up on Google.' I probably saw one picture of corn fields and then a picture of Albert the Bull.

Q: I read that some of your work is based on a series of your journal entries that you call “Birdwatching,” and that you did some installation work, something called “Only As Far As The Flashlight’s Reach”?

Zet: When I first went to Audubon, that was my first time being out in the country where there are no streetlights at all, and I was mostly alone. I'm coming from the city, so the first couple of weeks I was terrified. When you go outside, it's completely pitch black.

Q: Las Vegas is probably the most well-lit place in the world.

Zet: I really had to get myself used to being in the middle of nowhere where it's completely dark. The first month I lived there, it taught me how to look at life. Only As Far As The Flashlight's Reach is about this moment when I went outside, and I had my flashlight, and I remember I was telling myself, 'There could be a million things out there. Totally. You could hear a noise out here, you can hear rustling over there. But right now those things don't exist yet, not until you see it with what's in front of the flashlight. It does not exist yet.' So you can't fool yourself to think there might be a person there. Because your brain could tell you that there might be a person there, or there might be this crazy spooky thing there, but it doesn't exist yet, not until it hits the flashlight, and you can see it right in front of you.

Q: And now you’ve transitioned into being a freelance artist on a full-time basis. What kind of art do you make?

Zet: I do a lot of illustration. My work has kind of split off, where it's the more personal work, and then there's the more corporate, where it's for businesses or for different companies. 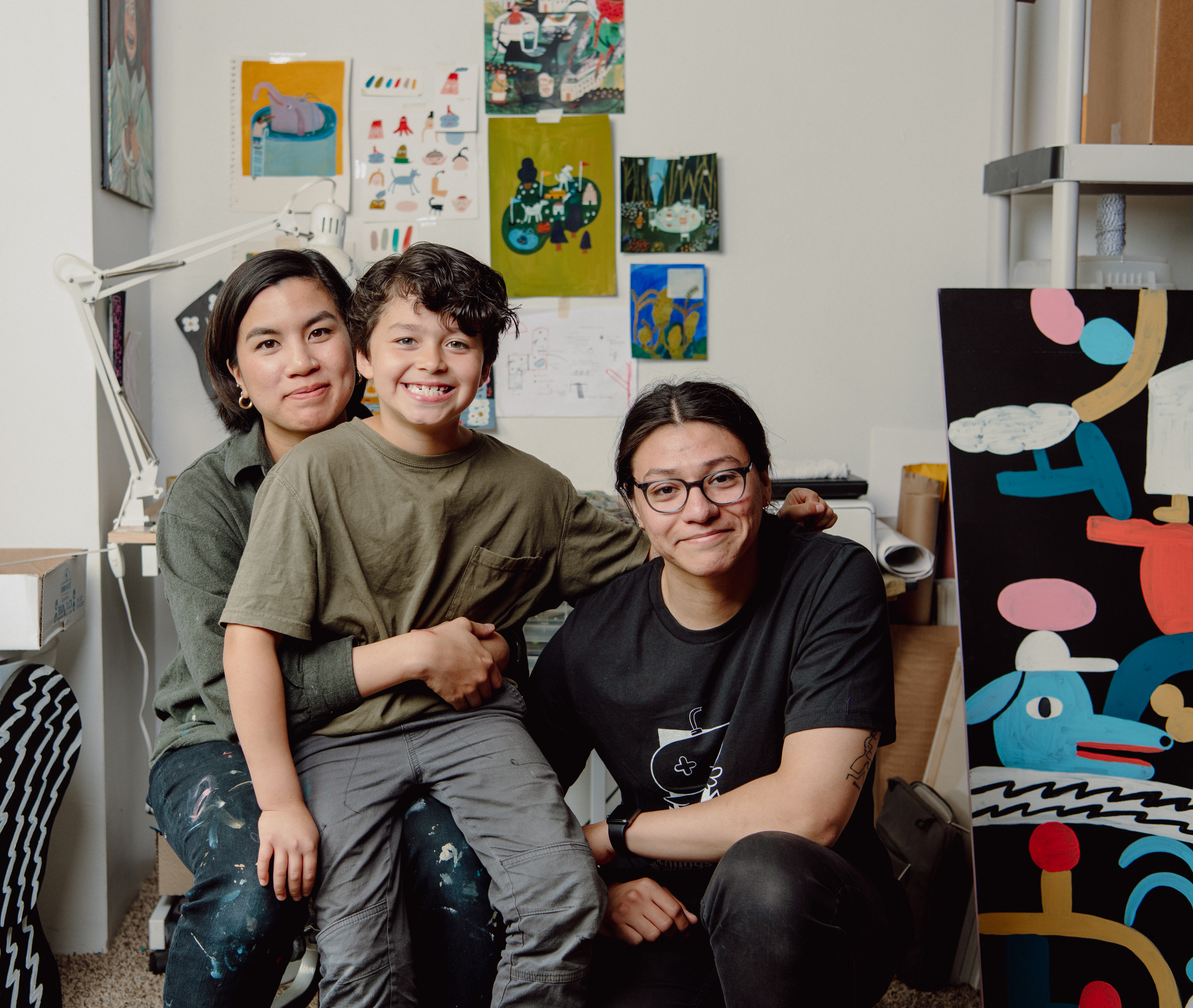 Zet: We actually drove past it, and I saw it, and I was like, 'Well that's a really cool logo.' Then I went there once, and it was a perfect fit. I grew up in a Christian home, so I knew where I stood as far as my base. That is an important thing when choosing a church. It's not just about, 'Oh, it's cool,' or 'Worship is great.' It's about, 'Is the pastor preaching what is right.' I'm realizing that everything I'm doing is not because you should do these right things, or because you should be scared for your life, but now I'm doing these things because I love God, and this is the reason why I'm here."

Zet: There's a verse, Job 23:10: 'But he knows the way that I take; when he has tried me, I shall come out as gold.' That's where the name 'Gold' came from. Gold is the name I went by when I first tagged because that was always the verse that I told myself I wanted to live by. There's even a hymn I used to sing in church that had those words in it. So that's the name I went by. My (real) name is Elizabeth Magsino."